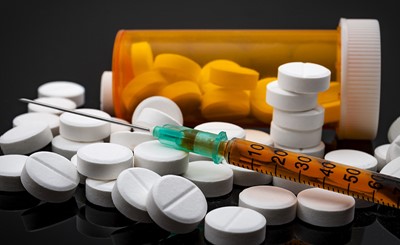 Health Policy News has devoted significant attention to State and Federal efforts to contain drug costs, including recently issuing a report and legislative tracking tool entitled “ Rising Prescription Drug Costs: A report on state and federal efforts to contain costs”. As we head into the summer we offer readers a few short updates on some of the issues we have been closely following and will continue to track:

This month, Vermont became the first state in the country to pass legislation allowing for the wholesale importation of drugs from Canada. On May 16th, "An act relating to the wholesale importation of prescription drugs into Vermont” was signed into law.  If approved by the Federal government, the program would create a bulk drug purchasing program through the Vermont Department of Health. Only drugs that are estimated to save Vermonters significant money would be included in the bulk purchasing program. Although allowable under Federal law, the U.S. Department of Health and Human Services (HHS)  has not granted a state permission to import drugs. Vermont will need to submit a certification request to HHS by July 2019.

The bill also includes drug transparency elements, which closely track to model legislation developed by the National Academy of State Health Policy (NASHP). Health insurance carriers would be required to provide information during the rate review process on the impact of prescription drug spending on health insurance rates. Vermont would publish an annual report on the overall impact of drug costs on health insurance premiums. Similar ideas have been proposed and are pending in other states, including Massachusetts.

Massachusetts House Bill 3223 seeks to incorporate drug cost spending to the efforts to control total health care expenditures set forth in Chapter 224 of 2012 and to require health insurance carriers to report on high cost drugs and cost increases within certain parameters.

NASHP is currently working on model legislation for Pharmacy Benefit Managers (PBM), which we note in our recent report has been a successful first steps in many states. On March 15th, the Governor of Arkansas signed into law the Arkansas Pharmacy Benefits Manager Licensure Act, requiring PBMs that service fully-insured health insurance plans to be licensed by the Arkansas Department of Insurance, starting September 1st.  This act gives the Commissioner of Insurance the power to “review and approve the compensation program of a pharmacy benefits manager with a health benefit plan to ensure that the reimbursement for pharmacist services paid to a pharmacist or pharmacy is fair and reasonable to provide an adequate pharmacy benefits manager network for a health.” For states considering increased regulation and transparency into drug pricing, the Arkansas law is a good resource, with additional insights likely to be included in the model legislation to be released by NASHP.

Congress holds hearings on 340B program

On May 15th, individuals from the Government Accountability Office (GAO) and the Office of the Inspector General provided testimony before the Senate Committee on Health, Education, Labor and Pensions on recent developments related to the 340B drug pricing program. Legislation and debate continues on proposed reforms and additional oversight of the program in both the House and Senate.

The health care team from the GAO provided the committee an update on the findings and recommendation included in the September 2011 report on the 340B Program. This report included recommendation for increased oversight of the 340B Program and identified areas for improvement, specifically that the Health Resource Services Administration (HRSA) oversight of the 340B program was “inadequate to provide reasonable assurance that covered entities and drug manufacturers are in compliance with program requirements”.  GAO testified on the efforts underway to ensure adequate oversight of the program and recent improvements including collaboration with HRSA. GAO will be releasing a report this summer related to contract pharmacies use under the 340B Program, as this has been an area of concern due to large utilization increases by contract pharmacies.