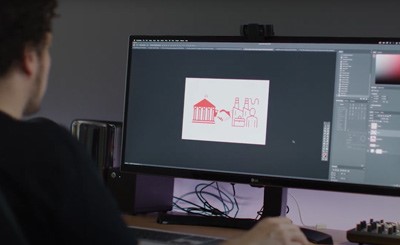 Public Consulting Group (PCG) and the National Association of State Directors of Developmental Disabilities Services (NASDDDS) are pleased to announce that New Mexico’s Advisory Council on Quality Supports for People with Intellectual/Developmental Disabilities (ACQ) is the first recipient of the Cathy Anderson Award for Public-Private Partnership.

This award is a collaborative effort between NASDDDS and PCG. It was named in memoriam of Cathy Anderson who is recognized for her impactful public service career in support of people with intellectual and developmental disabilities (I/DD). Anderson held leadership roles in state agencies supporting people with I/DD and was responsible for the organization and management of statewide service systems.

During her career, Anderson was the program director of I/DD services in Nebraska and the District of Columbia. In Iowa, she served as the chief deputy director for the Department of Human Services where she supervised the divisions of Medicaid, Mental Health, Child Welfare, Economic Assistance, Developmental Disabilities, and Policy. She was also a past president of the NASDDDS Board of Directors.

In addition to her work in public service, Anderson served in the private sector, providing consultation and technical assistance to states in her role at PCG. In this capacity, Anderson demonstrated the power of public-private partnerships to achieve significant, lasting systems change to improve the lives of individuals with disabilities.

The Cathy Anderson Award for Public-Private Partnership recognizes collaborations that embody the promise and possibility that can emerge from strong partnerships. It also highlights the power of bringing public and private expertise to the table to support people with I/DD, so they can have fulfilling lives in their communities.

PCG Associate Practice-Area Director Jill Reynolds said, “PCG is proud to be a co-sponsor of the Cathy Anderson Award with NASDDDS and, in this way, honor Cathy’s life’s work with people with disabilities. The New Mexico Advisory Council on Quality (ACQ) is an excellent inaugural awardee that truly demonstrates the power of public/private partnership.” Reynolds continued, “congratulations to all involved in the ACQ program as well as all of the nominees. It was an exemplary group from which we had to choose. It gives me great hope for the future of programs such as this that will continue this very important work.”

Selected from an extensive list of applicants, inaugural award recipient ACQ is New Mexico’s public-private community advisory board that focuses on fulfilling both federal quality improvement strategy obligations and statutory requirements. ACQ provides a venue for community members and advocates to communicate meaningful program needs to state officials, so the State of New Mexico can better prioritize the requirements of the community. Through the influence of ACQ, New Mexico self-advocates contribute to positive changes to the state’s budget; state policies and procedures; COVID-19 regulations; and community education.

Specifically, over the past two years, ACQ moved forward with substantial cultural developments that involved increasing ACQ board and leadership membership to increase the direct representation of people with I/DD. Updates were also made to the council’s meeting structure and process that resulted in improved dialogue between ACQ and state staff.

The work of ACQ and other organizations committed to serving people with I/DD is what makes the Cathy Anderson Award for Public-Private Partnership possible.

NASDDDS Executive Director Mary Sowers said, “I can think of nothing more fitting to honor the legacy of Cathy Anderson than to have an opportunity to recognize the true power of collaborative efforts across the public and private sphere to support those with I/DD in living their best lives; finding employment of their choosing; and enjoying all of the responsibilities and benefits of community life.”

Sowers continued, “it is a great honor to review each submission and understand how lives are changing due to this work. A well-deserved congratulations to New Mexico for their thoughtful efforts in creating space for positive advancement in their state with advocates at the helm.”

The following are honorable mentions for the award, as their submissions illustrated the spirit, character, and results-driven collaboration that embodied the work of Cathy Anderson.