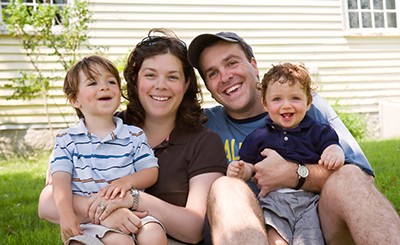 My last post explored the importance of strong federal leadership for state and local child welfare and child protection systems. Here we take a closer look at agency leadership at the state or local level.

Leadership in child protection/child welfare too often lacks stability. In fact, it has been said for that the average length of time for a child protection leader in office is just 18 months. While there seems to be little identifiable research to confirm that statement, recent events seem to indicate that it may be correct. A recent leadership change in Illinois, for example, would tend to support the statement. Further reinforcing the statement’s accuracy: Florida, Texas, Los Angeles, Washington, South Carolina, Massachusetts, and other jurisdictions have experienced changes in leadership over the last few years for a variety of reasons.

Leaders will leave for a variety of reasons -- retirement, change in administration, tragedy (whether a single or series of events), termination for failure to achieve agency objectives, and policy conflicts, to name a few.  It is extremely rare that a child protection leader serves longer than six years. In some situations, it is the jurisdictional or organizational makeup of the political environment that may cause a change in leadership; however, in other situations, really terrific leadership has successfully transcended political party changes.

As mentioned, stability in leadership is critical for the implementation, and ultimately the long-term success, of transformational organization improvements. The question then becomes how do we address the instability of leadership when there are so many factors that influence the length of time that a child protection leader remains in his or her position?

Understanding the nature of a public government entity is key if we are to identify a new approach to stabilizing agency leadership. More and more, those within government, and those advising government leaders/entities, are examining the private sector models that can be employed within government to improve efficiencies and effectiveness, leading to better outcomes for citizens, taxpayers, and the community being served.

The first step is to understand the community being served and the impact that particular service of government has on the community or jurisdiction. There are differences between government responsibilities for roads, corrections, natural resources, child protection, public safety, etc. Many people acknowledge the importance of children and families to government as well as the community; the critical role of protecting abused, neglected, and at risk children deserves the highest priority.  That coupled with the recent and historic public reporting and response to child tragedy/death, demonstrates the risk of instability that child protection leaders face on a regular basis.

One proposal that should be considered for the public sector is offering child protection leaders the same consideration that many private sector CEOs (and other leadership roles) receive at the time of employment; a director/Commissioner of a child protection agency should be appointed and receive a contract of employment for a six-year term with other conditions such as pay, benefits, etc., to be negotiated consistent with the traditional governmental support.

The leader of the agency should be contracted through the executive branch and approved by the legislative branch for that six-year period of time. Following appointment, the leader of the agency could only be removed by recommendation of the executive branch at either the state or county level with the approval of the majority of the legislative branch – legislature or counsel, for instance. The reasons for removal would either be malfeasance and/or misfeasance, as may be defined by the creating legislation. In the event that the leader of the agency leaves (retirement, resignation, or death) within the six-year term of contract, any new child welfare leader must be appointed within 45 days and the new leader would have his/her own new six-year term contract.

While this may seem bold and beyond the traditional actions of government, if we can agree that caring for and about abused, neglected, and at risk children is an important role of government, and that strong, stable agency leadership can often determine the success of the agency in providing needed child services, the proposal is more than justified. The revolving door that too often is endemic in child protection agency leadership is not only contrary to good government, but also, in most cases it completely undermines any effectiveness of the child protection agency.  Worst of all, leadership instability in effect further abuses the children and families who rely on an efficient and effective agency, particularly one that demands strong leadership.

When you consider how important the government is in supporting our most vulnerable populations; how critical stable leadership is to the successful provision of many vital services to children and families; and, how child protection leaders often serve less than two years in their leadership roles, it reinforces the need for a new approach to ensure child protection agencies have stable, effective leadership.