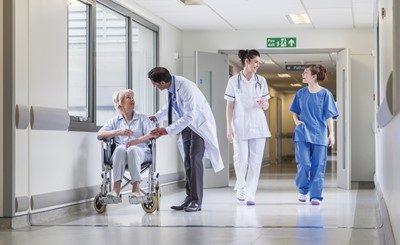 On July 28, 2017, the Centers for Medicare and Medicaid Services (CMS) issued a proposed rule to implement $43 billion in reductions in federal Medicaid allotments to state Medicaid agencies for payment adjustments to hospitals serving a disproportionate share of low-income persons. The reductions in such allotments under the proposed rule will apply to federal fiscal years 2018-2025. Reductions nationwide will start at $2 billion in FY 2018 and will reach $8 billion per year in FY 2024 and FY 2025. As required by the Affordable Care Act (ACA), the proposed rule outlines a methodology for calculating reductions in FY 2018-2025 under an algorithm which favors states with relatively low use of such payment adjustments, states with relatively high percentages of uninsured persons, and states that target such payment adjustments to hospitals with the highest proportions of Medicaid and uninsured persons. Data sources to be used in the algorithm are outlined in the proposal. CMS tables illustrating potential state-by-state financial impacts are included. Comments on the proposed rule must be provided to CMS by August 28, 2017. The proposed rule is available here.