Solutions that lead to healthier communities.

At PCG, we help our clients meet the financial, regulatory, and operational challenges of today’s changing health care landscape so they can provide the best care, most effectively, to the people they serve.

See how we can help you increase program revenue, cut costs, and improve compliance with state and federal regulations.

Let us help you navigate the regulatory landscape, including the Affordable Care Act (ACA), and implement changes and new requirements with confidence.

Boost your financial performance and compliance with our proven approach to improving claiming practices and operations management.

Optimize your plan’s performance and compliance without sacrificing patient outcomes with our program integrity services.

For Fire and EMS Provider Organizations

On Thursday, January 7, 2021, the U.S. District Court for the District of Columbia held that the Provider Reimbursement Review Board of the U.S. Department of Health and Human Services (DHHS) lacked jurisdiction to consider hospitals’ objections to adjustments to some of their Medicare reimbursements carried out by the Secretary of DHHS.

On Wednesday, December 23, 2020, U.S. District Court Judge Catherine Blake in Maryland blocked a Trump administration demonstration rule that was scheduled to take effect on January 1, 2021, with a temporary restraining order.

U.S. Supreme Court to Take Up Appeal on Work Requirements in Medicaid Program

On Friday, December 4, 2020, the U.S. Supreme Court agreed to hear an appeal of the Trump administration’s attempted plan to require work requirements in the Medicaid program.

On Tuesday, November 10, 2020, the U.S. Supreme Court heard oral arguments on the third case challenging the constitutionality of the ACA.  The case brought by a number of Republican State Attorney Generals arose because Congress reduced the penalty attached to the individual mandate to zero.

U.S. District Court in Illinois Rules in Favor of the State in Dispute with CMS Over Medicaid Reimbursements

On Friday, September 25, 2020, the U.S. District Court for the Northern District of Illinois held that the Centers for Medicare and Medicaid Services (CMS) improperly disallowed claims for $140 million in Medicaid reimbursements, because the method used by Illinois to adjust the particular payments was a reasonable interpretation of the Illinois state Medicaid plan.

On Friday, August 14, 2020, the U.S. Federal Court of Appeals held that the Trump Administration violated the Affordable Care Act (ACA) when it suddenly stopped paying for subsidies intended to reduce healthcare costs for low-income individuals who buy coverage on the exchanges. 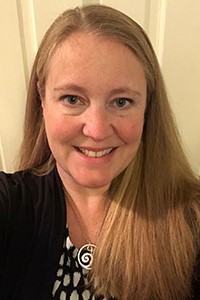 Heather Caldwell is an associate manager in Health at PCG. In this role, she works with the cost allocation team to help government health agencies claim reimbursement from the federal government for administrative activities... Mr. Peck has been with PCG for over 13 years, specializing in Medicaid Program Integrity, Quality Improvement, and Beneficiary Due Process. He has successfully led the implementation of... 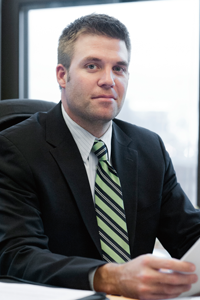 Mr. Sorrentino, a Manager and Center of Excellence (COE) lead for our Healthcare Financing Solutions division, is a management consultant with 15 plus years of extensive Medicaid and healthcare experience. Mr. Staubley is Practice Area Director (PAD) of PCG’s Health division and a PCG shareholder. In this role, he provides executive leadership to over 400 staff who manage a portfolio of over... Mr. Dwyer, a Manager located in our Boston office since 1993, has over thirty years of experience in financial and operations management in corporate and healthcare provider and payer... 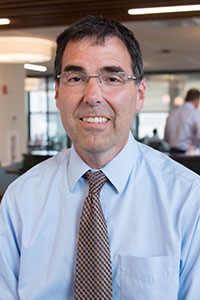 Mr. Albertoni has 16 years of experience working in state public health programming and Medicaid. He has held leadership positions in eligibility, budget and finance, and benefits and waivers. Mr. Dachos, a Manager in our Healthcare Financing Solutions division, has over 12 years of Medicaid and Healthcare experience with PCG. He leads PCG’s Emergency Medical Services (EMS) division... Mr. Carlson has more than 20 years of experience in the health care technology sector. He has overseen the development and implementation of numerous electronic health record, revenue cycle... Mr. Weber, PMP, has been with PCG for 13 years. Mr. Weber helps lead the Health Care Financing Solutions (HCFS) Center of Excellence with over twelve years of public sector consulting... Mr. Aldridge is a Manager with Public Consulting Group (PCG) and has been with the firm for more than 20 years. Throughout his tenure, he has managed dozens of engagements within... Mr. Curatola, a Manager with PCG and certified PMP, has more than 29 years of experience in the Information Systems industry with over 22 years in project management and 18 years in Medicaid. Mr. Holman has been working in health policy for the past decade, starting in the United States Senate working on Medicare, CHIP and Health IT areas for Senator Debbie Stabenow (D-Michigan)... Mr. McCourt, Associate Manager, has been a member of the PCG team since 2011. Dale brings over 25 years of experience spanning many industries where he has served in a variety of roles...