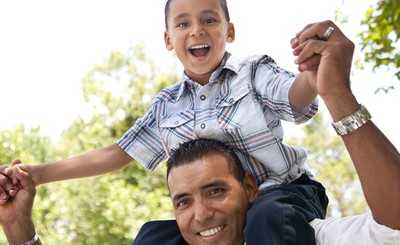 On October 16, 2017, the Child Protection Improvements Act (S. 705) was introduced by Senators Orrin Hatch (R-UT) and Al Franken (D-MN) and was passed in the Senate by unanimous consent.

This bill amends the National Child Protection Act of 1993 to establish a national criminal history background check system and criminal history review program for organizations that serve children, the elderly, and individuals with disabilities.

The background checks revealed that 6 percent of those applicant volunteers had a criminal history for violations such as child sexual abuse, child cruelty, murder, and serious drug offenses. This program needs permanency, and the Child Protection Improvements Act will give it permanency.

Specifically, CPIA amends the National Child Protection Act of 1993 to do the following:

No companion bill has been introduced in the House of Representatives, but bipartisan support is anticipated in that chamber as well.

Since the introduction of the Family First Prevention Services Act (H.R. 253) in January 2017, there has been no further developments in committee or on the floor of the House or Senate.  The legislation that was originally introduced was never endorsed by the Senate.

On October 16, 2017 S. 1964 was also introduced on the floor by Senate Sen. Orrin Hatch (R-UT) and Ron Wyden (D-OR). There is no text available yet nor is the bill is available, but it is described as “a bill to encourage kinship guardianship placements and support payment equity for such placements, to improve oversight of State child welfare programs funded under the Social Security Act, and to strengthen national data on child fatalities from child maltreatment.”  The bill was read twice on the Senate floor and was referred to the Senate Finance Committee for further action.

Further updates on the legislation will be provided.

The bipartisan Child Welfare Oversight and Accountability Act would require states to maintain a public website of all private foster care companies and report to the Department of Health and Human Services performance measures for each foster care provider when it comes to preventing child deaths and abuse. The bill establishes a new penalty process for states that are out of compliance with federal child welfare standards and reinvests penalty dollars into the areas most in need of improvement. It would also require states to set limits on the number of caseloads caseworkers are handling, encourage more relatives to take in foster children, and make it easier to get more caseworkers trained and into the field.

Some other interesting highlights:

Links to the bill and summaries:

Also: Report: An Examination of Foster Care in the United States and the Use of Privatization: https://www.finance.senate.gov/download/an-examination-of-foster-care-in-the-united-states-and-the-use-of-privatization